The Simply Hired Shutdown: News and Next Steps

You’ve likely already heard the news that job aggregator Simply Hired is shutting down on June 26th. A letter was sent to their customers and publishing partners, informing them of the shutdown.

The Simply Hired shutdown will impact those whose job sites are hosted by Simply Hired, and anyone using Simply Hired’s job widgets, API, and data feeds. Simply Hired staff also “face an uncertain future”, and many assume they will be laid off. It has since been reported through “a trusted source” that Recruit (Indeed’s parent company) has acquired Simply Hired.

It’s difficult to know from the sidelines all of what factored into the choice to sell the company and shut it down. There are likely many forces that brought Simply Hired to this point, and none of us can presume with certainty to understand them all.

From my perspective, the question to ask is this: was Simply Hired an effective hiring and job search platform? Did people find jobs and get hired through it? Did organizations make successful hires through Simply Hired? And if so, did it happen enough?

Ugly and outdated-looking websites can still be successful businesses and maintain decent SEO, so I’d venture to say it doesn’t solely come down to Indeed beating out Simply Hired in Google search results. Simply Hired appears to have lagged behind in some key areas of technology, like mobile-friendliness and overall user experience.

Job boards are a great revenue stream for online publishers, businesses, associations, news sites, etc. They add value and user “stickiness” for an online business. But one size rarely fits all, and I suspect many of the mid-sized to larger partners would have benefited from having more control and choice in how they ran their jobs sites.

It was a mixture of the two, surely, but as others have pointed out – high numbers of visitors or applications do not necessarily translate to high-quality applicants, or successful hires. Niche and specialized job boards have good track records of attracting candidates that are more focused and well-matched to those niches and specializations. But sifting through an overwhelming pile of unqualified “spray and pray”-style applicants to find the gems is challenging, and might decrease the value being offered to recruiters.

The relative successes or failures of Simply Hired may not boil down to being second-fiddle to Indeed, but instead whether or not it was a good hiring and job search platform. It may have been one at some point, but the consensus seems to be that they failed to deliver on that promise over time.

Careerleaf is not an aggregator, and we seem to be unique in the market of job board software solutions, given that we’ve always been mobile-friendly. We offer an online business solution that threads together comprehensive job board management with digital marketing resources.

We’re in constant consultation with recruiting and job board professionals to keep our product focused on its hiring, job search and application tools.

If you’re a Simply Hired partner site and need a helping hand to keep up your job board revenue and service to job seekers and recruiters, we’ve got a plan to help you keep going and grow.

Careerleaf is Ready to Help 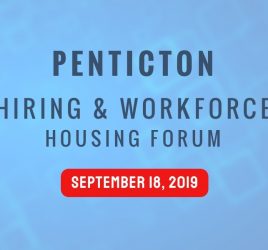