With the announcement of the sale of Workopolis to Indeed’s parent company, Careerleaf’s thoughts are with the Niche Network Partners, many of whom worked with our own VP of Revenue Operations Jonathan Page when he managed partnerships for Workopolis, as they deal with the uncertainty caused by this announcement.

Jonathan is directly supporting current partners by telephone and email to support them at this challenging time.

We have heard from WNN partners that other white label job board providers are aggressively pursuing them for quick technology transitions. However, Careerleaf is advising WNN partners not to panic, but to take quick actions to mitigate uncertainty. Here are the 4 areas, we recommend you concentrate on.

You’re either hyper-aware of GDPR or you feel like you vaguely recollect hearing it but don’t have a clue what it’s about. GDPR is a new set of privacy laws set to roll out across the European Union, but will also affect anyone doing business in the EU as well.

Generally speaking, GDPR (General Data Protection Regulation) is designed to “give citizens back control over of their personal data, and to simplify the regulatory environment for business”.

Striving to be compliant with GDPR is a complex process for some companies. Facebook, for example, has had to dedicate resources to creating a new privacy control centre for users. Algorithms used to power Facebook’s advertising publishing have been subject to much scrutiny in recent months and years, and the company has been taking steps to try and prevent political interference. There have also been concerns about whether Facebook’s tools allow or encourage discrimination in recruitment advertising.

Why We Built Job Board Software and You Shouldn’t

Can you build a job board from scratch?

Should you build a job board from scratch?

There are many job board owners out there capable of building their own job board from scratch, but sometimes it’s not the best decision for their business. But job boards are awesome and deceptively complicated.

Lots of interesting things are happening this summer in the world of recruiting and job boards! Here are some highlights:

Joel Cheesman writes on ERE about the potential increase in visibility of Facebook Jobs-jobs. Facebook’s Marketplace will now link to Facebook Jobs, whereas before it was only really being found by those who knew to go to it directly. The speculation is that Facebook will soon start to pull in (or aggregate, if you will) advertisements from non-Facebook sources into Marketplace. So what does that mean for Facebook Jobs?

Your Guide to Planning a Job Board Tech Update

Established job boards have many advantages in the marketplace – a solid brand, a customer base, job seekers, and insight into their niche about the problems that need solving and what does – and doesn’t – sell. With all that going for them, it’s easy to understand why job board owners who have been around for a number of years might be apprehensive about updating their job board solution. If it ain’t broke, don’t fit it, right?

The trouble is that many older job boards have custom-built solutions that have begun to visibly age or are no longer meeting the expectations of job seekers and employers. And even though they might see their profits shrinking as they struggle to keep up with shifting expectations and changing technology, it can be difficult to make a big change when you’ve become accustomed to your current solution or business model. Reasons for updating your job board tech may vary, but regardless of what you do want to change, you really don’t want to risk losing what is working for you.

So how can job board owners reduce the risk involved in making a big change to their technology? I’ve outlined four steps below that can help you prepare and plan for updating or switching your job board solution.

The recruiting industry is fascinating in how its use of technology varies from company to company.

Some recruiters are always following the latest trends to try and keep a competitive edge, while others are just fine with the tried and tested – they know relationships are at the heart of what they do and don’t mind missing out on new technology. In many ways the latter group has the most to gain by modernizing some parts of their recruiting business but can be hampered by the process of changing.

This is one scenario we’ve heard from recruiters:

We want to change, but we’re entrenched in our current system, so it will be difficult. (We have a checklist of things we know we need: mobile-friendly, social media connections, etc. But we don’t want to throw away what we like about our current process.)

Their concerns are valid, and it’s important to address them head-on. Below, we’ll discuss the four main problems and how recruiters can tackle them.

Careerleaf and Google for Jobs

Google for Jobs has rolled out in the United States and it’s important to know how it impacts you as someone who owns a job board or is planning on starting one.

We’re happy to inform you that jobs posted to Careerleaf-powered job boards in the US are being indexed and displayed in Google for Jobs search results.

All jobs posted to Careerleaf-powered job boards use the structured data formatting – called JobPosting Schema – that Google for Jobs uses to recognize and display job posts.

If you read this blog regularly, you’ll know that Careerleaf has been following Google’s moves in relation to job search and recruiting technology closely for some time. We remain committed to adapting and evolving our software solution for job boards, and Google for Jobs is no exception. Careerleaf will continue to optimize the solutions and tools it provides to empower job boards connecting job seekers with opportunities, and employers with great candidates as Google for Jobs evolves.

Where does AI belong in recruiting?

Previously on the blog we’ve talked about whether we are all doomed to be replaced by robots and how the prevalence of automation may impact jobs and the recruiting industry.

As these technologies continue to be developed, experts are still debating what the full impact that automation and artificial intelligence will be on jobs and economies around the world. Without a crystal ball in hand, we can at least begin to think about how AI may be used in recruiting.

One area ripe for artificial intelligence-powered automation is the more routine work and tasks that recruiters perform, which they are sometimes guilty of neglecting. Writing for HRtechnologist.com, Rhucha Kulkarni suggests AI could help improve the candidate experience:

Are You Competing with Indeed?

I’ve said before that I think you can compete with Indeed. Yes, you.

I don’t say it because I have blind faith in you (although I’m sure you’re great), I say it because I know that a job board or recruiting platform with a value proposition that resonates with and delivers for its target market can, indeed, compete with Indeed.

A focused target market and unique content can define what makes a job board valuable and preferable for job seekers and employers/recruiters to use over using a site like Indeed. Unique content (candidate profiles, blog content, job posts, landing pages, etc.) can arguably come in two forms – original content that is found nowhere else, or content that is curated in such a way that your organization and delivery of it is unique and valuable. In many cases, unique content is a combination of both original content found and unique curation of content that was first published elsewhere. 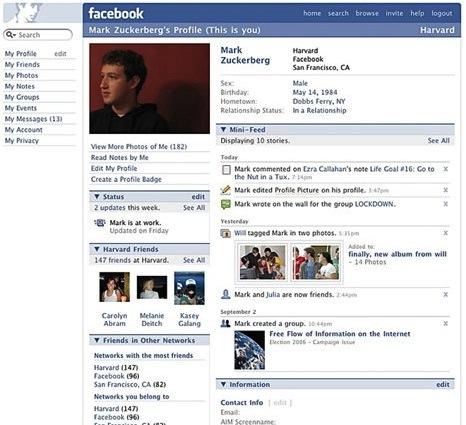 Read More›
in Blog 2 comments
Next »